Can community currencies rebalance our economy?

The following article appeared in the Guardian on 28th June 2016. It is a timely response to much of the economic turmoil facing many Countries at the moment. Community currencies are a window into a possible future. The model is practical, not theoretical. It has shown its usefulness in many places. And it has now reached a point where it deserves to be much more widely known.

Community currencies have been with us for decades, even centuries. They are reminders that there is no God-given law stating that only governments or central banks can create monies (even though they do reserve themselves unique powers over what counts as a money). Throughout history different kinds of money have been created, sometimes by communities, sometimes by companies and sometimes by local governments. Their aim has been to connect different kinds of supply – of time, work or things – to otherwise unmet demands or needs.

There are now thousands of examples globally. Many have thrived when the mainstream economy contracted, as happened in Argentina in the early 2000s or Greece in this decade. Others have appeared in the UK, like the Brixton and Bristol pounds. But there are also many examples in countries such as Germany where they have become an expression of community spirit.

Some of these currencies are explicitly about time. They allow us to exchange hours of our time with others. At their best they work by formally valuing things that the mainstream economy finds hard to understand. That might be the time and skill to care for someone; to cook; or to fix things. 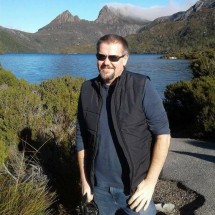